A howl of a good time for reel fans! 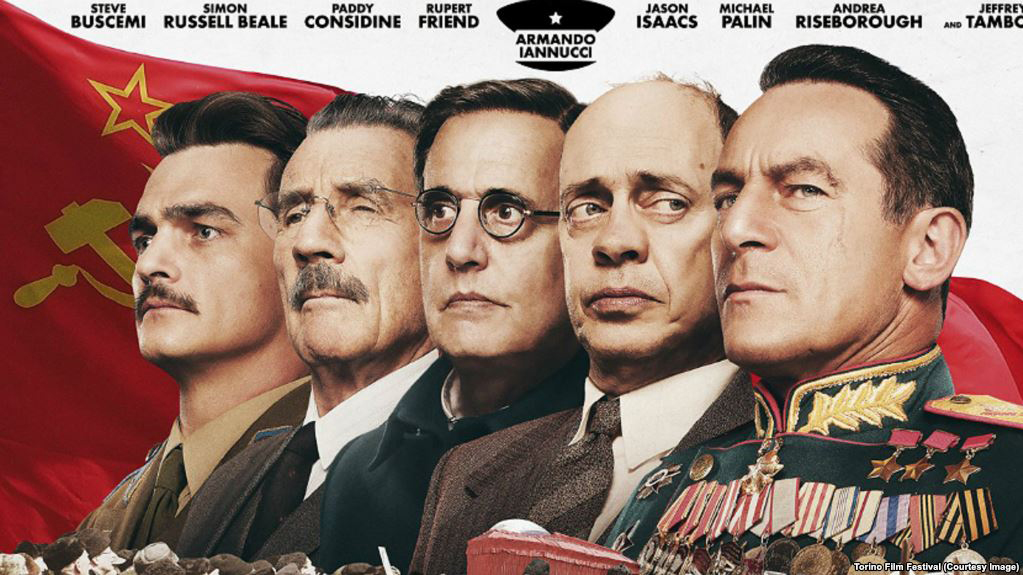 Follows the Soviet dictator’s last days and depicts the chaos of the regime after his death.

Set in 1950’s London, Reynolds Woodcock is a renowned dressmaker whose fastidious life is disrupted by a young, strong-willed woman, Alma, who becomes his muse and lover. Rated R, 2 hours and 10 minutes.

In Lady Bird, Greta Gerwig reveals herself to be a bold new cinematic voice with her directorial debut, excavating both the humor and pathos in the turbulent bond between a mother and her teenage daughter. Christine “Lady Bird” McPherson (Saoirse Ronan) fights against but is exactly like her wildly loving, deeply opinionated and strong-willed mom (Laurie Metcalf), a nurse working tirelessly to keep her family afloat after Lady Bird’s father (Tracy Letts) loses his job. Set in Sacramento, California in 2002, amidst a rapidly shifting American economic landscape, Lady Bird is an affecting look at the relationships that shape us, the beliefs that define us, and the unmatched beauty of a place called home.

Join us THIS Saturday, November 18 at 7:15 pm at the Main Art Theatre in Royal Oak to watch “The Florida Project.” We will meet inside the theater (there is a sitting room inside the front door to the right) and go in at 7:00. Please note that sometimes it takes a long time to find a parking place so be sure to arrive a little early. The movie is rated R and is 1 hour and 55 minutes long.

“Warm, winning, and gloriously alive, Sean Baker’s The Florida Project is a deeply moving and unforgettably poignant look at childhood. Set on a stretch of highway just outside the imagined utopia of Disney World, The Florida Project follows six-year-old Moonee (Brooklynn Prince in a stunning breakout turn) and her rebellious mother Halley (Bria Vinaite, another major discovery) over the course of a single summer. The two live week to week at “The Magic Castle,” a budget motel managed by Bobby (a career-best Willem Dafoe), whose stern exterior hides a deep reservoir of kindness and compassion. Despite her harsh surroundings, the precocious and ebullient Moonee has no trouble making each day a celebration of life, her endless afternoons overflowing with mischief and grand adventure as she and her ragtag playmates—including Jancey (Valeria Cotto), a new arrival to the area who quickly becomes Moonee’s best friend—fearlessly explore the utterly unique world into which they’ve been thrown. Unbeknownst to Moonee, however, her delicate fantasy is supported by the toil and sacrifice of Halley, who is forced to explore increasingly dangerous possibilities in order to provide for her daughter. From the director of Tangerine.” 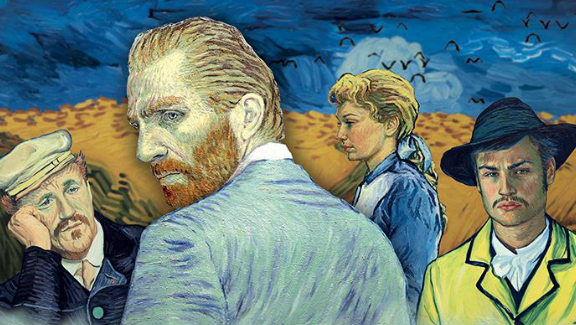 Hello, everyone! We are having our first DFF Movie Meet Up this Saturday, October 21 at 7:30 to see “Loving Vincent” at the Main Art Theatre in Royal Oak. After the movie, we will meet at Atomic Coffee down the street to talk about the film and DFF. We will meet inside the door to the right in the little sitting area. We will go into the film at about 7:15. All other details are below. We would love to see you there!

“The world’s first fully oil painted feature film brings the artwork of Vincent van Gogh to life in an exploration of the complicated life and controversial death of one of history’s most celebrated artists.”

Grab a chair and join us for this fun, free, outdoor event! Watch “The Pickle Recipe” for free! View films by Oakland University students! Chat with a local Michigan Dogman expert! Enjoy pizza and hot dogs from local food vendors! Listen to live music! Buy a t-shirt! Find out how you can join the pack by volunteering for or becoming a sponsor of our fall 2018 Rochester film festival, DOGMAN FILM FRENZY! SO MUCH FUN AT ONE EVENT! Yes, it IS hard to believe!

Enjoy a FREE screening of the heartfelt comedy, “The Pickle Recipe” (rated PG-13 for brief suggestive humor and drug references). Join us for a Q&A with director Michael Manasseri after the movie.

“Desperate for cash, a down on his luck party emcee is corrupted by his shameless uncle to steal his grandmother’s top secret pickle recipe.”